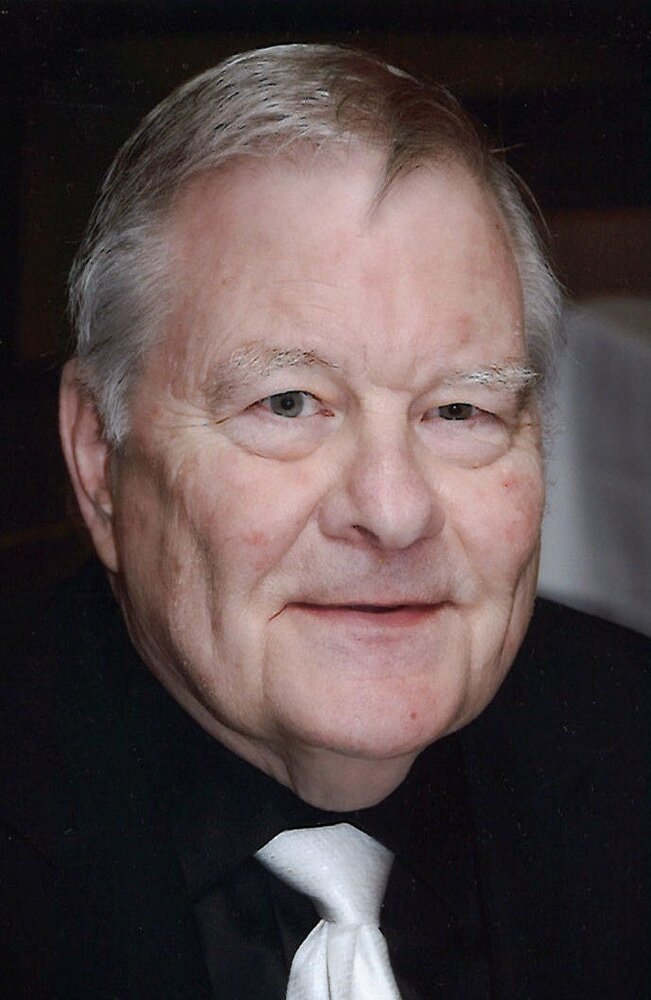 HODGIN, John Robert – On his beloved Tigers Opening Day, (Friday, April 8, 2022), John Robert Hodgin passed away peacefully with his wife at his side. John was born in Chatham in 1940 and was predeceased by his parents, Robert and Elizabeth, and his sister Joan.  He was the beloved husband of Loretta (Lorrie) for 53 years, whom he deeply loved. John will always be loved and missed by his daughters Adrienne Reaume (Brent) and Tanya (Michael Burton), granddaughters Alexandra and Charlotte and his adored grandson. John will also be missed by his in-laws Alfred and Ann Devereux, Vancouver, Robert and Lorraine Devereux, Ottawa, Rita and Leo Sweeney, Perth, Agnes and George (Herb) Lane, Burlington, Cathy and Tom Baker, London, Don Dixon, California and close friends Jane and Michael Bertleff, London. John graduated from the University of Western Ontario and obtained his Chartered Accountant (CA) designation in 1966.  John worked at Clarkson & Gordon in London prior to relocating to Sarnia. John then taught in the Business Department at Lambton College for many years and was part of the first negotiating team for Ontario College Instructors.  He also ran a successful CA practice.  For many years, John organized free tax return clinics for seniors and those with limited incomes. John loved to travel (especially cruises) and explored much of the world with his wife. John loved playing and watching sports, in particular golf, baseball, racquetball and hockey. John also enjoyed watching cooking shows and experimenting in the kitchen. John was a Lambton College Retirees Organization member and an active Rotarian (Sarnia-Bluewaterland) where he was its long time Treasurer. The family would like to thank the Vision Nursing Home and the staff on Ontario Lane for their kindness and compassion. Family and friends will be received at the McKenzie & Blundy Funeral Home & Cremation Centre, 431 Christina Street North, Sarnia, on Thursday, April 14, 2022 from 9 a.m.-10:45 a.m. The funeral service will be held in the chapel at 11 a.m. followed by a reception. Please note that at the family’s request masks are mandatory. A private interment will be held later in the day. In lieu of flowers, donations to Rotary Club of Sarnia-Bluewaterland, P.O. Box 401, Sarnia, N7T 7J2 (https://www.canadahelps.org/en/dn/60239) are appreciated.