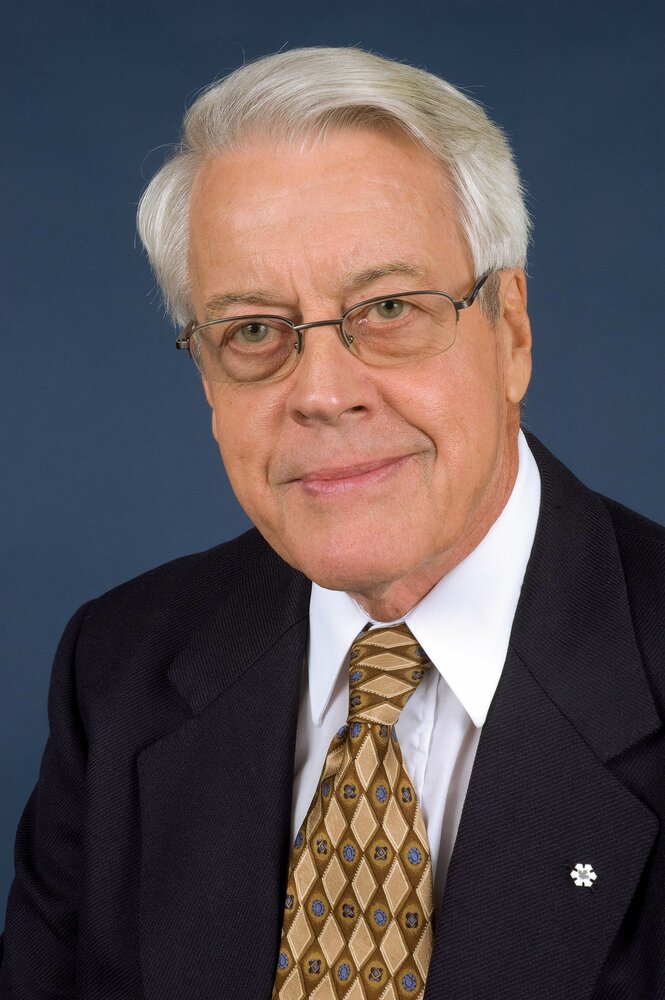 BOWMAN, Clement Willis – With his family by his side, Clement ‘Clem’ Bowman died peacefully at St. Joseph’s Hospice on Thursday, October 7, 2021 at the age of 91.  Beloved husband of the late Marjorie Elizabeth (Greer). Survived by loving partner Nancy Jane Dwyer.  Loving father of Elizabeth Ann Bowman & her husband Peter (Cawood) and John Clement Bowman & his wife Sybille (Wunsam). Cherished grandfather to Emma & Ian (Cawood) and Philip & Sophie (Bowman).Predeceased by sisters Joyce, Betty, half siblings Harvey, William (Bill) & Marjorie. Survived and loved by many nieces and nephews.  Predeceased by parents Emily (Stockley) and Clement Willis Bowman Sr. Clem played a pivotal role in science, research, and technology in Canada. A chemical engineer, he was a driving force in the petrochemical industry in Sarnia and Alberta. At Syncrude, and later as the founding Chairman of AOSTRA, he played an instrumental role in the development of the Alberta oil sands. He also served as President of the Alberta Research Council. In “retirement” he developed the Progrid evaluation system and founded the Bowman Centre for Sustainable Energy to promote energy solutions for Canada. He received many honours in his life, including an Order of Canada and the 2008 Global Energy International Prize. Clem loved running, backpacking, skiing, dancing, golfing, entertaining, travelling, and writing stories. At Clem’s request, cremation has taken place and a memorial celebration of his life will be held next summer, when friends and family can safely reunite. We thank Clem’s caring friends and supportive community. He could not have made this journey without them. Arrangements entrusted to the McKenzie & Blundy Funeral Home & Cremation Centre. As an expression of sympathy, memorial donations may be sent to St. Joseph's Hospice, 475 N. Christina St., Sarnia, ON  N7T 5W3.

Share Your Memory of
Clement
Upload Your Memory View All Memories
Be the first to upload a memory!
Share A Memory
Send Flowers