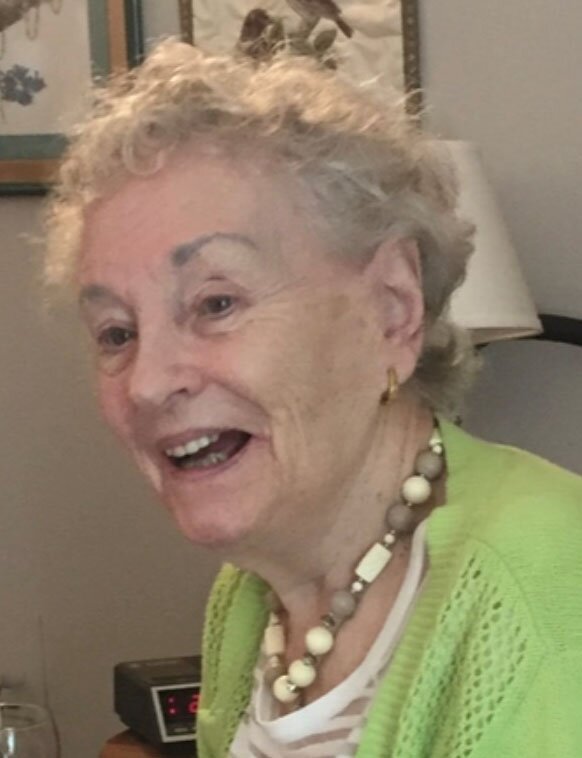 Madeline was trained as a seamstress in Belgium and immigrated to Canada in the early 50s with her first husband Joseph Van Brabant. Adjustments to a new culture impacted the young marriage and Madeline continued on as a single mother with three young children. She held a position at Simpson Sears in Sarnia as a divisional manager.

She continued with her sewing and knitting as both a hobby and out of necessity. She married her second husband Ronald Dodds in the early 60s and subsequently a third daughter was born.

With her new husband they proceeded to purchase, renovate and market properties that were in need of updating. They both followed their passion as antique collectors attending every auction, garage sale, flea market as well as private sales. Lots of restoration work went into a lot of these collectibles.

After the birth of her fourth child Madeline returned to work part time at Simpson Sears. She also volunteered at Saint Joseph’s Hospital now Bluewater Health, as a volunteer. Many winters were spent in Florida at multiple locations until they were no longer able to continue.

Madeline was a long-time resident at Landmark, and Rosewood facilities in Sarnia. She remained in relatively good health until probably the last three years where it was a slow and steady decline.  She led a very full life.

Cremation has taken place.  Interment at Our Lady of Mercy Cemetery at a later date.  Arrangements entrusted to The McKENZIE & BLUNDY FUNERAL HOME & CREMATION CENTRE, 431 Christina St. N., Sarnia.  As an expression of sympathy, friends who wish may send memorial donations to a charity of your choice.  Messages of condolence & memories may be left at www.mckenzieblundy.com

Share Your Memory of
Madeline
Upload Your Memory View All Memories
Be the first to upload a memory!
Share A Memory
Send Flowers