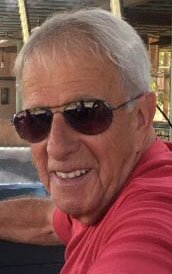 In the late 1960’s, Jim moved to the United States and married his bride from Montreal, Quebec.  In 1972, he became a proud father to his daughter, Julie.  Jim initially took a job at the New Zealand and Australian Embassies where he worked in the print shop and took up locksmithing part-time as a hobby.  After a few years, Jim became a chauffeur for the British Embassy; a job he very much enjoyed and had many stories.  Jim was assigned as the driver for the Ambassador’s wife at the time, but also had the opportunity to drive many visiting dignitaries to a variety of important events throughout the Washington, D.C., and surrounding area.

Jim divorced and eventually moved back to Canada to be near his sister, Mary, and her family who became an integral part of his life.  Jim began working as an Industrial Mechanic for Furmanite Canada, CEDA, and Car-Ber Testing Services for nearly a decade before finally taking a job as a security guard for Lyndon/Paladin Security.  During his assignment at the Bayside Mall, Jim met his true love and life partner, Jeannette.  Jim later transferred to the Imperial Oil refinery where he continued to be employed up until his death.

Jim was known best for his kindness, generosity, humor, integrity, and devotion to his family, friends, and work; in all of which he found purpose and strength.  Jim was beloved by so many, and his presence will be greatly missed, but never forgotten.

A cremation has taken place and an interment and graveside prayer will occur at the Our Lady of Mercy Cemetery, Sarnia on January 18, 2023, at 1pm.  Family and friends are welcome to attend and pay their respects.  As an expression of sympathy, messages of condolences and memories may also be left at www.mckenzieblundy.com.