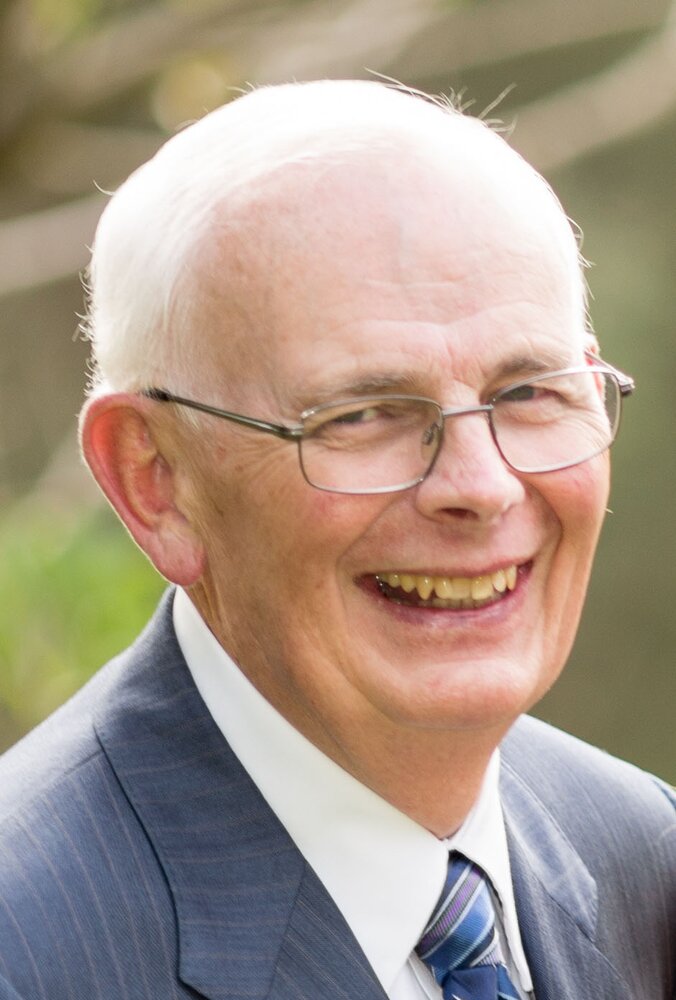 Grant was born in London, Ontario and moved to Sarnia in 1946 when his father opened McKenzie and Blundy Funeral Home with Paul Blundy. Grant lived his entire childhood in the family apartment above the funeral home. He attended London Road Public School and Central Collegiate. Later, he attended the former Canadian School of Embalming, Banting Institute, University of Toronto and graduated in the class of 1968. Grant had worked as an ambulance service attendant and then a funeral director, before becoming owner of the funeral home in 1984.

He was a pillar of the community and a founding member of the Sarnia-Lambton Palliative Care Association and the St. Joseph’s Hospital Palliative Care Team. He was an active public speaker and an advocate of death education for everyone, especially for children, and was often invited to visit school classrooms or lead field trips to the cemetery. Grant was named to the Mayor’s Honour List in 1990 for his course on death and dying and for his service to the bereaved of Sarnia-Lambton.

In partnership with the St. Clair Region Conservation Association, Grant and his wife, Cheryl, created the Memorial Forests at Wawanosh Wetlands and Perch Creek Habitat Area, planting over 7,000 trees in memory of loved ones served by McKenzie and Blundy Funeral Home since 1988. This aided in the development of beautiful wetlands that are enjoyed by and mean so much to this community.

He was a member of Central United Church, Sarnia Yacht Club, Shriners, and a former Rotarian and Jaycee. Grant relished travelling with his wife, Cheryl, spending summer days at the cottage at Hope Bay and winters at their home in Port Charlotte, Florida, and was a dedicated supporter of live theatre and music. Grant enjoyed spending time with his grandsons, and teaching his granddaughters how to play bocce, shuffleboard, and dominos, and with whom he had an ongoing virtual pandemic domino tournament (he taught them well as his granddaughters were still in the lead). Grant had high expectations but only wanted the best for his family.

Friends will be received at the McKenzie & Blundy Funeral Home & Cremation Centre, 431 N. Christina St., Sarnia 2-4 and 7-9pm on Wednesday, November 2, 2022. Funeral service will be held at the funeral home, officiated by the Rev. Dr. Donald Lockett, at 11am Thursday, November 3, 2022. The service will be livestreamed on Thursday.   To register to attend virtually, please follow copy and paste this link in your browser: https://event.forgetmenotceremonies.com/ceremony?c=e184c28d-e876-4d13-ba44-5ba9f6d97528.    At the family’s request, masks are mandatory for the visitation and funeral.  Interment at Lakeview Cemetery. Regretfully, due to the pandemic, no reception will follow the service.

Grant’s family would like to express special thanks to Jennifer Netskos and Shaelyn Adamek for the exceptional care they provided. Thank you to Dr. Adesanya as well as to the nurses, staff, PSWs, and student nurses at Bluewater Health. As an expression of sympathy, friends who wish may send memorial donations to Cystic Fibrosis Canada, 2323 Yonge Street, Suite 800, Toronto, ON M4P 2C9 or https://cysticfibrosistribute.crowdchange.ca/2196/donate or the Sarnia Community Foundation,110-560 Exmouth St. Sarnia, ON N7T 5P5 or  https://www.canadahelps.org/en/dn/73699?v1=true. Messages of condolence and memories may be left at www.mckenzieblundy.com.

Share Your Memory of
Grant
Upload Your Memory View All Memories
Be the first to upload a memory!
Share A Memory
Send Flowers