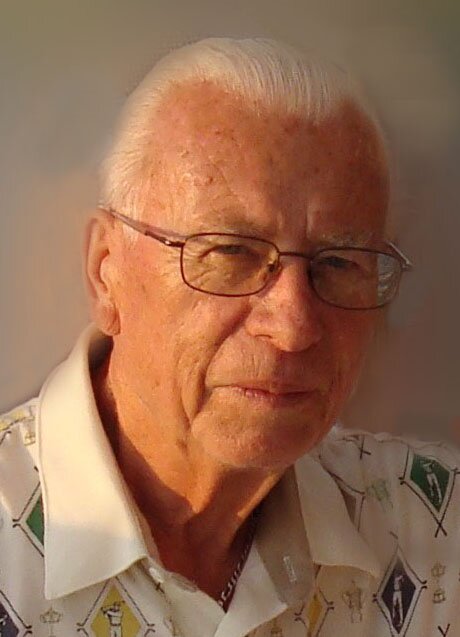 David passed peacefully with his family at his side at St. Joseph’s Hospice on Friday, April 8, 2022 at the age of 90. Beloved husband of Regina for 63 years. Loving father of Julia and Keith Wright, Paul Gudelis and Agneta Czechowicz, Andrew Gudelis and Cathy Willis, and Maria Gudelis and Amanda Williams. Dear grandpa of Michael, Krista, Steven, and Kaz. Born in Kaunas, Lithuania, David fled as a boy with his parents and sister during WWII.  They eventually settled in London, Ontario where he graduated with a BSc in Chemistry from the UWO in 1956. He then started to work for Imperial Oil Research Center in Sarnia, Ontario. While working at IOL his name was associated with many patents. David retired in 1989 as a Research Executive Manager.

One of his favourite past times was sitting on the front porch with a good coffee, book, and pipe in hand. He enjoyed golfing in Florida during the winter months and locally in the summer. David learned how to play bridge while at University. It became a passion for him and evolved to becoming a Master. Some of his fondest memories are the connection to close friends he had in his Sarnia Bridge circle.

A private family ceremony was held at Resurrection Cemetery. A celebration of David’s life will be held this summer and will be announced at future date.

David was a very caring person and was tremendously giving to his wife, children, grandchildren, and friends.In the end he appreciated simple pleasures and enjoyed the beauty of life.

As an expression of sympathy, friends who wish may send memorial donations to St. Joseph Hospice in Sarnia.

Arrangements entrusted to the McKENZIE & BLUNDY FUNERAL HOME & CREMATION CENTRE, 519-344-3131. Messages of condolence & memories may be left at www.mckenzieblundy.com.

Share Your Memory of
David
Upload Your Memory View All Memories
Be the first to upload a memory!
Share A Memory
Send Flowers