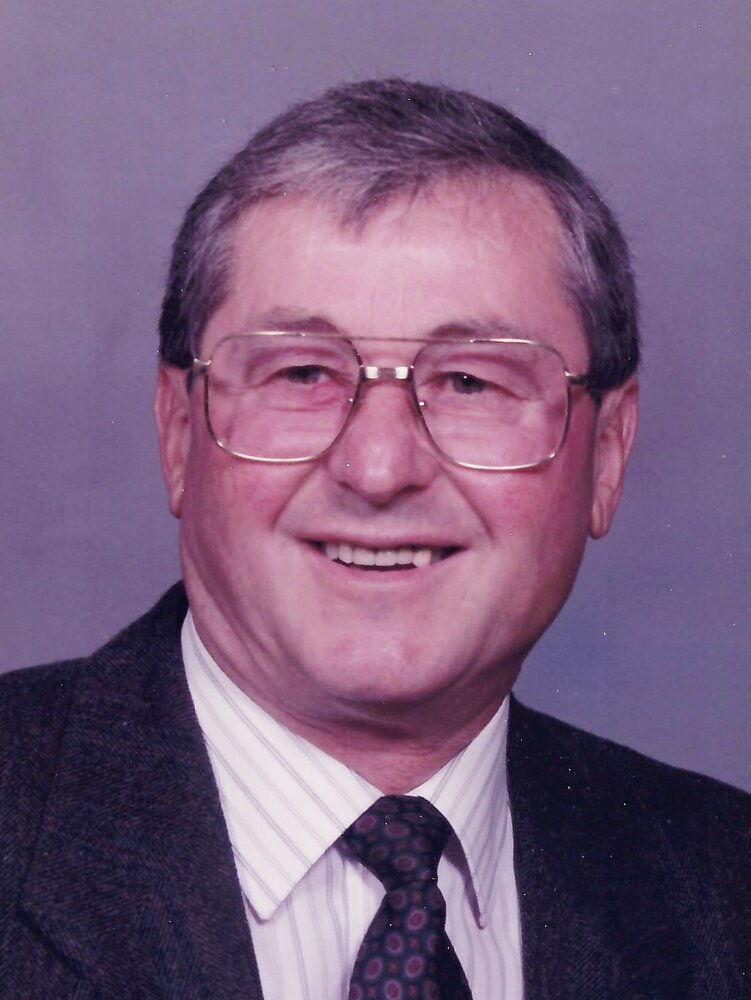 MUSSIO, Peter – Passed away peacefully on April 3, 2022, after an extended stay at Bluewater Health due to complications from a broken hip.  Beloved father of Paul Mussio (Cathy) and John Mussio.  Loving nonno of Emily and Daniel Mussio.  Dear brother of Pina Kerr (Hanns Kerr).  Predeceased by his loving wife Lorraine and sister Luigina Fabbro (Fiore Fabbro).

Born June 14, 1929 in the northern Italian village of Orcenico Superiore to the parents Assunta and Joseph. Peter was the middle child of three (Pina Kerr, Luigina Fabbro). After WW II the three siblings left their farm home in Orcenico to seek opportunities elsewhere around the globe. Pina, the oldest left for England and Luigina left for Australia.  Peter stayed behind and worked in the mines in Belgium for a few years.  In 1952 after serving 2 years in the Italian military, he left for Canada and met up with some friends from his hometown and took employment as a labourer with the railroad. Peter had the opportunity to travel from east coast to west several times. He had a longer stay in Trail, British Columbia for the railroad and he continued to keep contact with countless friends in that province throughout his life.

Peter arrived in Sarnia in 1957 and joined the United Association of Plumbers Steamfitters and Welders - Local 663.  This was a major turning point in his life.  “It changed my life”, he would often say.  With a strong work ethic and determination, Peter made a reputation for himself in the industry.  He was always grateful and proud of the quality of life that Local 663 afforded him and his family.  He was a 65-year member of Local 663, that his two sons and grandson would eventually become members of as well.

It wasn’t long after his arrival in Sarnia that Peter met a brown-eyed, fun-loving, French-Canadian girl, Lorraine Marie Rose Courchesne (November 14, 1989). They were married in 1961 and raised two boys, Paul and John. Peter was active in his community, supporting the Sarnia Optimist Club and donated his time in managing the local Italian Dante Club.  He attended many social gatherings with wife Lorraine who eventually managed the club years later. Peter was active with his sons in their sporting activities; coaching, driving, and offering support (including explaining how to skate when he never had a pair of skates on his own feet!).   He loved the game of soccer, enjoyed gardening and raising chickens and cornish hens.  He enjoyed social gatherings of all sorts - friends and family were his everything!  Peter made sure to take his sons back to Italy over the years to visit the family farm so that Paul and John could come to know his extended Italian family as well.  Peter loved to travel!  In 1988, he and Lorraine planned a cruise to the South Pacific, but tragically, Lorraine died suddenly in 1989 of a brain aneurysm.  This was a devastating time for Peter and his family.  Peter’s determination took over, and he went on as planned with the cruise, traveling on his own to the South Pacific with a stay over in Australia to visit his sister, Luigina, and her family.  Peter also enjoyed his time with his two grandchildren, Emily (daughter of Paul and Cathy) and Daniel (son of John); spending time at Daniel’s hockey games and always asking about Emily’s many athletic adventures.

Peter had many cousins and extended family in Ohio.  He would visit his Uncle Giovanny and Aunt Leticia, cousins Gid and Ruth, and their sons Ray and Jim on special occasions in Columbus, Ohio and he continued that tradition for many years.

In his later years, Peter met friend, Nancy Dalti.  Peter and Nancy became inseparable, and they both had a love of travel and adventure for over 20 years.

Visitation will be held at the McKENZIE & BLUNDY FUNERAL HOME & CREMATION CENTRE, 431 Christina St. N., Sarnia Saturday, April 9, 2022 from 9:30 to 11:30 a.m.  Mass of Christian Burial will be celebrated at Our Lady of Mercy Church on Saturday, April 9th at 12 noon.   Interment to follow at Our Lady of Mercy Cemetery. As an expression of sympathy, friends who wish may send memorial donations to Alzheimer’s Society of Sarnia-Lambton, 420 East St., N., Sarnia, N7T 6Y5.  Messages of condolence and memories may be left at www.mckenzieblundy.com

Share Your Memory of
Peter
Upload Your Memory View All Memories
Be the first to upload a memory!
Share A Memory
Send Flowers