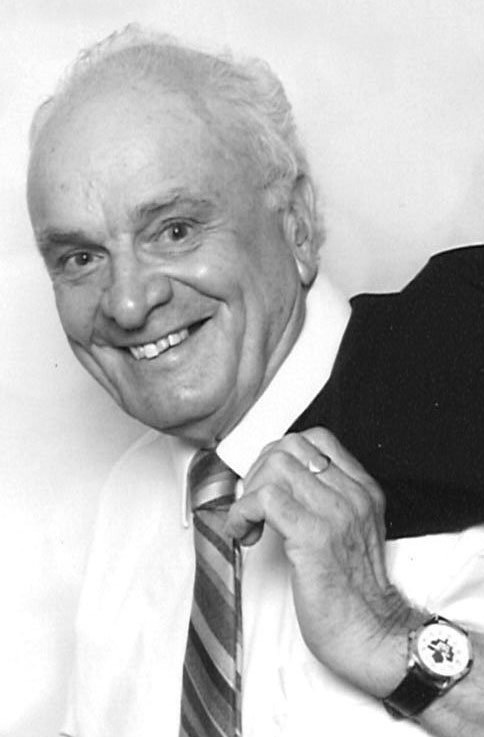 BRYANT, Robert - It is with great sadness that we announce the passing of Robert (Bob), Thomas Bryant on May 21, 2021 at the age of 87 after his battle with dementia.  Sadly, we had to move Bob to Sumac Lodge in March of 2020 because he needed more care than we could provide him at home.  Who would have thought that when we took him there, 2 days later the COVID pandemic would arrive and we would only get to see him for short visits outside until his unfortunate recent decline. He will be dearly missed by his wife of 57 years, Ursula, his daughter Tina, son Adrian (Marnie), brother-in-law Reto (Betty) Negri; and nieces Heidi and Erika and families; along with his extended family in England and Switzerland. Bob was born in Eastbourne, England on Feb 11, 1934 and spent most of his childhood years within the Fegan Boys Home system.  He had many memories of this which he loved to talk about to all those who would listen.  Years later, he was able to reconnect with some of the boys from his time there at a reunion in England. He met Ursula in 1963 when he broke his leg and was in hospital for 6 months. Ursula was one of the nurses taking care of him. They married in 1964. In 1973, he and Ursula decided to make the move to Canada and start their lives over in order to give their children a better life. They eventually settled in Sarnia where he worked at the Point Edward Water Treatment Plant for over 20 years. Bob loved watching sports but particularly enjoyed cricket, soccer, hockey, tennis and golf.  He also spent many hours fishing.  He was an avid reader of books, newspapers and magazines. His pride and joy was his stamp collection and he spent many hours looking at his stamps and reminiscing. In retirement, he and Ursula loved to go on their daily long walks together and also enjoyed volunteering at Marshall Gowland Manor for many years.  Eventually as his dementia progressed, “Bob Daddy Darling” settled into a routine of attending the Daycare Program at MGM several times a week. Bob had an infectious smile and will be remembered for his funny verses, songs and sayings. Even though he had stubborn tendencies it is safe to say that he was loved by all those who came to know him. We would like to thank the staff at Sumac Lodge, Andrew Elliot NP, and Dr. Kim and his resident for their compassionate care.  We also send our thanks to the girls of the Daycare Program at MGM for taking good care of Bob; and to Dr. Lubchansky. Cremation has taken place and due to Covid-19 there will be no visitation.  A private family get together will be held at a later date.   Donations can be made to the Alzheimer Society, 420 N. East St., Sarnia or to Marshall Gowland Daycare Program, 749 Devine St., Sarnia, N7T 1X3. Arrangements entrusted to the McKenzie & Blundy Funeral Home & Cremation Centre, 519-344-3131. Messages of condolence & memories may be left at www.mckenzieblundy.com.

****… when you are looking up in the sky and see a big cumulus cloud….

Share Your Memory of
Robert
Upload Your Memory View All Memories
Be the first to upload a memory!
Share A Memory
Send Flowers