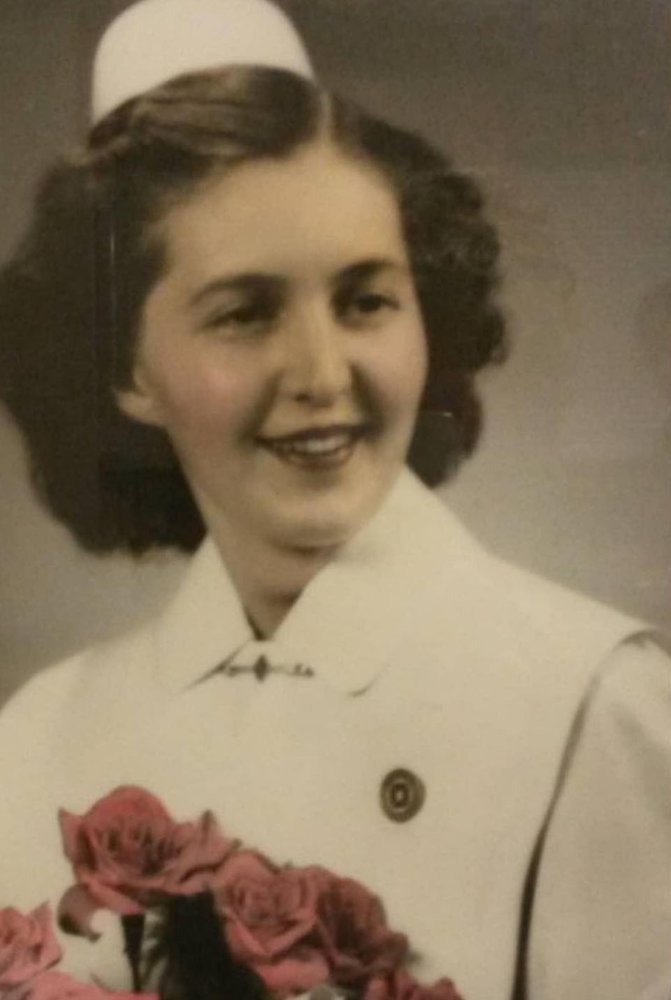 A daughter of the Prairies and the Great Depression, Alda tread lightly on this earth but left a deep impression on all who knew her. She was the fifth child born to Gudrun (Runa) and Erlendur (Elli) Narfason in the same log cabin that welcomed her father on the family’s farm outside of Gimli, MB. She was proud that a Registered Nurse delivered her which inspired her chosen profession.

Alda personified a humble spirit. Meek she wasn’t, which proved fortunate when she married James (Jim) Robertson Mackenzie in 1957.  Jim predeceased her in 2009. They spent a loving and tumultuous 52 years together - they were the yin to each other’s yang. Alda was a great listener (good thing), and would politely smile at a joke, but when you got her to laugh – the joy was truly given to the beholder. It was a full belly laugh with tears streaming down her face.

Alda shared with Jim an adventurous spirit. She trained in Nursing at Victoria Hospital in Winnipeg, graduating in 1953, and left for Montreal in 1954 where the pay was supposed to be much higher. Of course, rent was double and the pay was half. She met Jim when he was run over by a car while hitchhiking back to medical school and ended up in her ward. He flirted outrageously with her while in traction, but, ever the professional, Alda remained aloof.  She left for a Nursing stint in Bermuda and Jim followed her there on “doctor’s orders.” Some magic occurred and Alda returned to Canada after only 6 months of a year-long contract. They lived a vagabond life for the first 20 years, moving from Montreal to England, back to Montreal, then Vermont, Hamilton (Dundas), and finally Sarnia where they stayed for over 30 years.

Alda was a proud Icelandic Canadian, and a loyal and life-long friend to many. She was generous with her time, compassionate and supportive, charitable, and canvassed for Sarnia Heart and Stroke and Red Cross. She also delivered for Meals on Wheels.  Alda had a deep and quiet faith in which she grounded her life.  She was an active member of several congregations, and for the past 30 years, St. Andrew’s Presbyterian Church, Sarnia.

Alda died peacefully after living with Alzheimer’s for several years. The family is grateful to the wonderfully caring staff of Mt. Hope: St. Mary’s 5th floor. Special thanks to Gloria for her excellent care and dining partners Patti, Jean, and Rosie for coaxing smiles from Alda.

A private online memorial service has already occurred, and interment will happen at a later date. In lieu of flowers please consider donating to Huron House Boys Home (Sarnia), Canadian Red Cross - Sarnia-Lambton Branch, Doctors Without Borders/ Médecins Sans Frontières, or a charity of your choice.  Arrangements entrusted to The McKenzie & Blundy Funeral Home & Cremation Centre (519)344-3131.  Messages of condolence & memories may be left at www.mckenzieblundy.com

To send flowers to the family or plant a tree in memory of Alda Mackenzie, please visit Tribute Store

Share Your Memory of
Alda
Upload Your Memory View All Memories
Be the first to upload a memory!
Share A Memory
Send Flowers