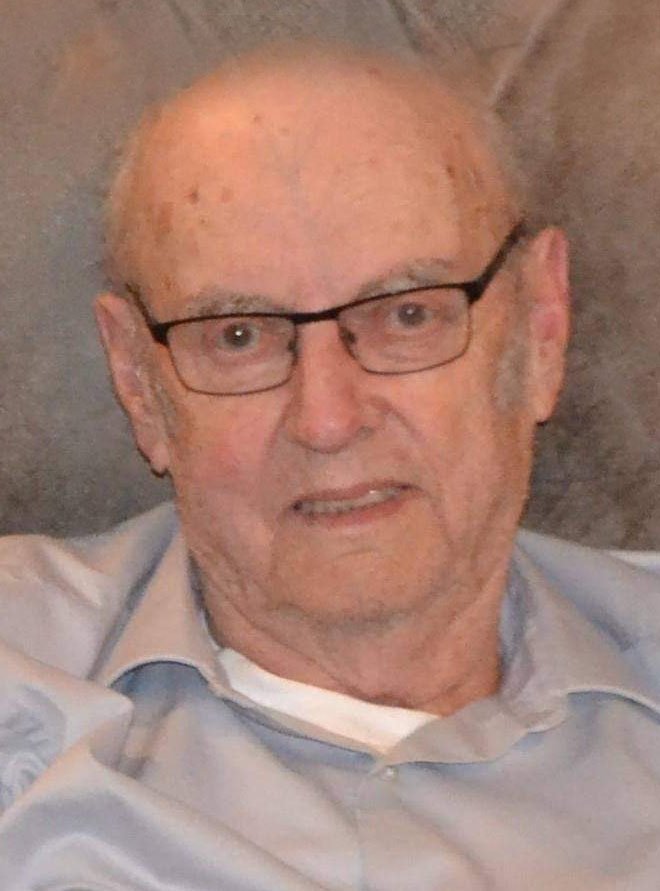 MacDONALD, John Hughie “Jack” – Jack passed away at Bluewater Health Palliative Care on Sunday, October 11, 2020 at the age of 89. Beloved and devoted husband of the late Lena Gatecliff (2013) of 59 years, Jack above all was a family man. Son of the late John Joseph MacDonald and the late Mary Ann MacDonald of Morar, Antigonish County, Nova Scotia. He was predeceased by his siblings, Anna, Florence, Donald, Laughlin, Blaise, Steven, James, Frances and William. He remained close to his siblings Mike (Helen) MacDonald, Kaye (Doug) MacLean, Sally (Tom) Massel and sisters-in law Carol MacDonald, Cathie MacDonald, Jeanne MacDonald and Sue MacDonald. Jack was an amazing dad to his five kids; Brenda (Glen) Drouillard, Terry (Randy) Clarke, John (Theresa) MacDonald, Jackie (Doug) Lacey and Dianna (James) Donkers. Jack was predeceased by his beloved granddaughter Danielle Drouillard Mezzatesta (2017). His remaining grandkids and great-grandkids will miss their Poppa Mac; Brandy (Dave), Madison and Taylor McKinlay, Erin (Gaston), Ella, Elijah and Rhys Proulx, Scott and Ava Drouillard and Danielle’s children, Iain, Elliot and Isaac. Alexis (Sean) Jesse, Graham and Charity Laskey, Shelby (Jed) Lacey and Devin Lacey, Sarah (Jake) Klompstra and Lauchlin MacDonald, Derek (Savannah) Donkers and Kendra (Scott) and Hudson Matheson. Jack had many nieces and nephews who will remember him fondly. Jack was a gifted storyteller and his stories grew bigger and better with every telling.  His candy dishes were legendary for the grandkids regardless of how old they were, he was the man for jujubes and chocolate macaroons especially when parents weren’t looking. Jack was an avid golfer, he enjoyed his time on the links and his time refurbishing clubs for kids and grandkids. He loved to share this passion with all. He was one of the hardest workers around and as a young man with a large family often worked two and sometimes three jobs.  He felt very fortunate that he loved what he did so didn’t mind the long hours.  He retired from DuPont in 1992 but was always good for a “plant” story. Jack was a truly a “jack” of all trades. Mechanically inclined, it seemed  like he could fix anything and he was often the first phone call for family and friends when help was needed. His greatest legacy, though, is that this ability to make things better extended beyond the mechanical bits and bobs he was always tinkering with. Whenever you took your leave from Jack you were “fixed up” better than when you got there. Whether it was a meal, (and he would start trying to feed you as soon as you walked in the door!) or a drink, (and there were plenty of those too!) your day was invariably made better for having spent some time with Jack. There was nothing he would not offer to those he cared for, and that circle extended far and wide. Those of us who knew and loved him know the world was a brighter place for having him in it, and we take that light with us moving forward even though our world seems infinitely darker without him. Due to the restrictions of Covid19, a private family Mass of Christian Burial will be celebrated at Sacred Heart Church with interment at Our Lady of Mercy Cemetery. Please note masks/face coverings are mandatory for those in attendance. Arrangements entrusted to the McKENZIE & BLUNDY FUNERAL HOME & CREMATION CENTRE, 431 N. Christina St. Sarnia. As an expression of sympathy, friends who wish may make donations to The Inn of the Good Shepherd, 115 John St, Sarnia, N7T 2R1 or St. Vincent de Paul Society, 106 East St. S., Sarnia, N7T 7H9. Messages of condolence and memories may be left at www.mckenzieblundy.com

To send flowers to the family or plant a tree in memory of John MacDonald, please visit Tribute Store