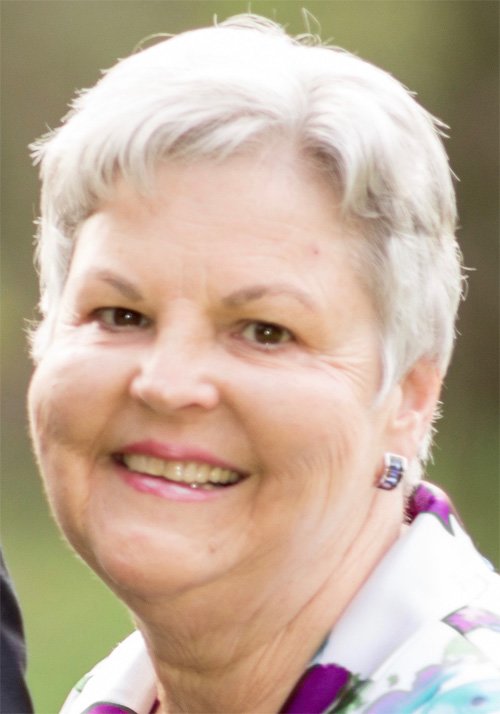 Cheryl was born in Chatham, Ontario and raised in the village of Florence. She graduated from Sarnia General Hospital Nursing School in 1966. She worked as a registered nurse at SGH in Obstetrics, first in the delivery room and then as Assistant Head Nurse of Post-Partum Care, before moving to the Medical Floor and then Chronic Care, where she retired with over 23 years of service. She then became secretary-treasurer at McKenzie & Blundy Funeral Home, working with her husband Grant.

She was an active member of Central United Church as part of United Church Women, Session, Outreach Committee, and also taught Sunday school. Cheryl was involved in Guiding as a Brownie and Guide leader at Central United Church, and as district secretary. She was a member of the board of directors of the International Symphony Orchestra from 2002 to 2008, and a member of the Sarnia Yacht Club. Cheryl enjoyed travelling, spending summer days at the cottage at Hope Bay and winters at their home in Port Charlotte, Florida. Cheryl was a dedicated mother in the lives of her children and grandchildren, and enjoyed teaching her granddaughters how to knit and sew. She encouraged all her grandchildren to be proud of themselves, to be respectful and accepting of others, and to do their best.  Diagnosed with non-Hodgkin lymphoma in 2008, she felt blessed to have ten wonderful years without requiring any treatment, and she lived a normal and full life.

Cheryl’s family would like to thank Drs. Yoshida and Maddison, the nurses, staff and volunteers at the Bluewater Health Cancer Clinic and St. Joseph’s Hospice.  As an expression of sympathy, friends who wish may send memorial donations to St. Joseph’s Hospice, 475 Christina Street N., Sarnia, N7T 5W3, or Dr. Linda Bowring Music Therapy Program, c/o Bluewater Health, 89 Norman Street, Sarnia, N7T 6S3, or Cystic Fibrosis Canada or the charity of their choice.  Messages of condolence & memories may be left at www.mckenzieblundy.com.

To send flowers to the family or plant a tree in memory of Cheryl McKenzie, please visit Tribute Store
Tuesday
29
October

Share Your Memory of
Cheryl
Upload Your Memory View All Memories
Be the first to upload a memory!
Share A Memory
Send Flowers